Skip to main content
By Steve Harrison May 19, 2016
Contemplations from the 18th lesson on the Shiva sutras.

In this week’s Sutra, Shiva is mining the same rich seam as last week for more precious, truthful ore; and that abundant seam is the fabled spiritual hazard known to Yogis far and wide as attachment. Here Shiva revisits the topic in order to underscore just how critical it is for the aspirant to have a firm grasp on the subject (pun fully intended). He’s driving home the fundamental importance of this most central of themes, so none of us is under any illusions as to its place as THE chief obstacle on the long and winding road to spiritual freedom, and its higher role as Master Instructor and Liberator in Disguise (see Sutra 16 MOHAVARANATSIDDHIH). 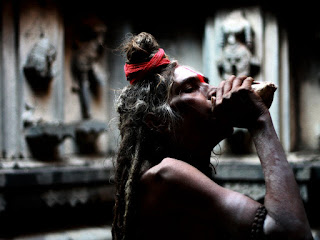 Having shown us previously how to take a different perspective on the sticky problem of attachment, by urging us to see where we’re blessed to know its clingy ways, Shiva now wants to enthuse us further still with even more scintillating news.

This Sutra is asking us to ponder the scene of an epic Victory Parade…  the warm air full of sweet scents, bright streamers and tickertape; cheering crowds and booming brass bands clamouring and climbing through the octaves in a euphoric atmosphere to beat all previous celebrations into a cocked hat. Imagine, says Mahadev, this jubilant cavalcade, this exuberant carnival of triumph, full regalia, pomp and circumstance, all the whistles and bells! And then, marching humbly but with great dignity through the middle, a simple column of men and women. They are a procession of progression, a troop of bold yogis who through their ardent wish to grow, have become worthy of Shiva’s highest honour and His deepest respect. Picture this honorific showpiece, says The True Teacher, for it is how I will revere and love those noble ones who have dared to tread the path of non-attachment, she or he who has loved and honoured me through their surrender and faith, daring to relinquish their grip on the flow of life and to merge their will with mine own (see Sutra 8 ICCHASHAKTIR UMA KUMARI) in trust and devotion, standing open and vulnerable before all vicissitudes and declaring...”Yes, I wish to grow, to pulse one with life just as it comes!”. It is these brave ones who have tasted victory over clinging, whom I hold dear and venerable, and I shall bestow 3 shining medals upon each of their chests.

These 3 medals are, of course, figurative as is Shiva’s victory Parade, but the essence of the Sutra is contained in the metaphor. For she/he who is victorious in their wranglings with attachment will surely receive 3 glittering prizes, 3 unequivocal benefits which will manifest internally like blissful sunrises of the Heart.

Firstly, says Mahadev, the Yogi who has success in detachment will experience Joy, the simple, unfettered happiness which bubbles up from the Soul each time they let go their grip and remain engaged but non-clinging. Each little victory of this sort will elicit a reciprocal pulse of Joy within, a medal from the Universe if you will, and this, says Lord Shiva, is guaranteed, etched in stone you might say.

The second benefit or Victory Medal which Shiva is keen to pin on the Spiritual Warrior who has earned his/her Shiva stripes in the tangled trenches of attachment and emerged triumphant, is Naturalness. He’s saying, clinging is not natural, it may be habitual and deeply ingrained as a conditioned response, but it is far from being our true nature. Consequently when victory over attachment is secured by the aspirant, a return to naturalness is the reward. This return to legitimacy and a pristine state within is accompanied by a sense of deep ease and peace which emanates throughout the victor’s inner space like a cooling breeze on a hot, summer’s day. Naturalness and ease, promises Shiva, will be the spoils of a worthy battle.
The last of the 3 medals of honour to adorn the strident Yogi who has successfully striven to vanquish the grasping foe through the veils of attachment, is Wisdom. So, says The True Teacher, the aspirant who prevails over attachment begins to access a new level of wisdom, a knowingness only available because of the space created by the non-clinging. She/he opens themselves to a deeper, truer range of possibility, precisely because he/she is not so identified with or limited by that from which she/he has won liberation. This broader scope of experience inevitably engenders a higher wisdom as the victorious Yogi becomes an open receiver for the knowing of the Universe Itself. This third medal, Wisdom, will develop a keener lustre over time with repeated victory and it completes the honorific set along with Shiva’s Love.

Hail Hail  the noble one,
Triumphant now the battle’s done.

In victory her heart is singing,
She held her nerve and bested clinging.

Attachment tried to tie her down,
To steal away her shining  crown.

Although she had to struggle long,
Her truth and valour held her strong.

She stayed the course and won the day,
So Shiva offers this as pay,

3 medals glinting In the light,
Reward for knowing when to fight.

Ruling your own Inner City…(Katha Upanishads week 4) We continue on to week four with the teachings of the Katha Upanishads – essentially in truth, a deep conversation with our highest self.  Up until now, we’ve explored the first two teachings that Nachiketa receives from Yama, the Lord of Death. Questioning the idea of what it is that can ‘die’ within us and what it is that cannot.  We found out that we only ever have two choices in front of us, Preya and Shreya – what isn’t beneficial in the long run, and then what is ultimately better for us. And to further understand how to make these two choices, we learned an analogy of our being – understanding that our body, mind and senses are vessel which we must learn to control to navigate through this life. Which brings Yama to his next point in how to defy Death itself….A challenging statement: “Nachiketa, what most people are actually experiencing of life, is really just a slow process of death”, says Yama. “And if, Na
Read more
By Steve Harrison January 28, 2016 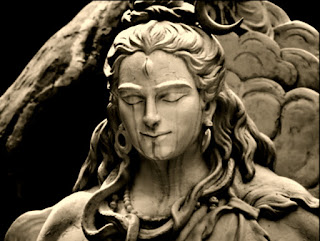 Contemplations from the 4 th lesson on the Shiva Sutra Sutra 3: Yonivargah kalashariram ‘This body is a living piece of art, composed of the five elements of nature and borne from the womb of the universe’ In a world obsessed with body image, that has given rise to a collective insanity of insecurity and paranoia around our own forms, this sutra is a shot in the arm and a slap across the face. Shiva says, “Wake up and say thank you for the gift you have been given!”   This show of gratitude alone will be enough to send a new wave of vital energy through your veins. Take what you have been given, honour its uniqueness, don’t worry about what anyone else was given and make the absolute most of what you have!   This body is a rare gift of nature, borne from the womb of the universal mother; it is hardwired for ecstasy and programmed to take you to the highest knowledge of the Self. "This body that you so often complain about and wish was a little t
Read more